The event “War of Wits” happened on the 2nd of April from 9:00 am onwards. Participants from different colleges in and around Tamil Nadu had made their presence recognizable with their amazing perceptions displayed through their speech. Some of the colleges to be mentioned are IIT Madras, PSG College of Arts and Science, etc. The Jury of this event was Abirami V ma’am who had been there as the jury for the same event last year also. It was a One vs One team event where two people from the same team had to speak on a chosen topic. But the twist was that both the members had to oppose each other i.e., if one was speaking for the motion then the other had to speak against the motion for the same topic. Each person was given 90 seconds to speak where the team was provided with 10 minutes of preparation time. The team had to choose a random number for which a topic had been previously allotted randomly. Topics were spread from politics to philosophy with just one chance given to swap with some other topic. Everyone had gathered in the general meeting where the welcome address was given to the jury as well as the participants. After allocating topics, the team had been moved to a breakout room for their speech. The breakout room had a fact-checker to check the authenticity of the facts spoken every time along with the participants along with a person whose prime work was to keep a watch at the time. After 60 seconds, the participants were notified that their time was going to end and they needed to wind up their speech. The volunteers had primarily provided the jury with rubrics that were used for the evaluation process. With a lot of interesting and mind prattling opinions, the aura for a much-needed debating competition was set. Some speeches left us questioning our own pre-existent opinions whereas the others made us sit on the edge of our seats and listen to what would the opposition party respond. Finally, came the nail-biting moment where the winners had to be announced. Everyone gave their best still the best of all had to be chosen, hence, Nandhitha M and Manojj Dhinakaran from PSG College of Arts and Science grabbed the 1st positions. Raghav Mallampalli and Rajagopal Subramaniam from IIT, Madras bagged the 2nd position. A thank you note marked the end of such a marvelous event. The outcome, which was to make ourselves believe and improvise our oratory skills were satisfactorily reached. 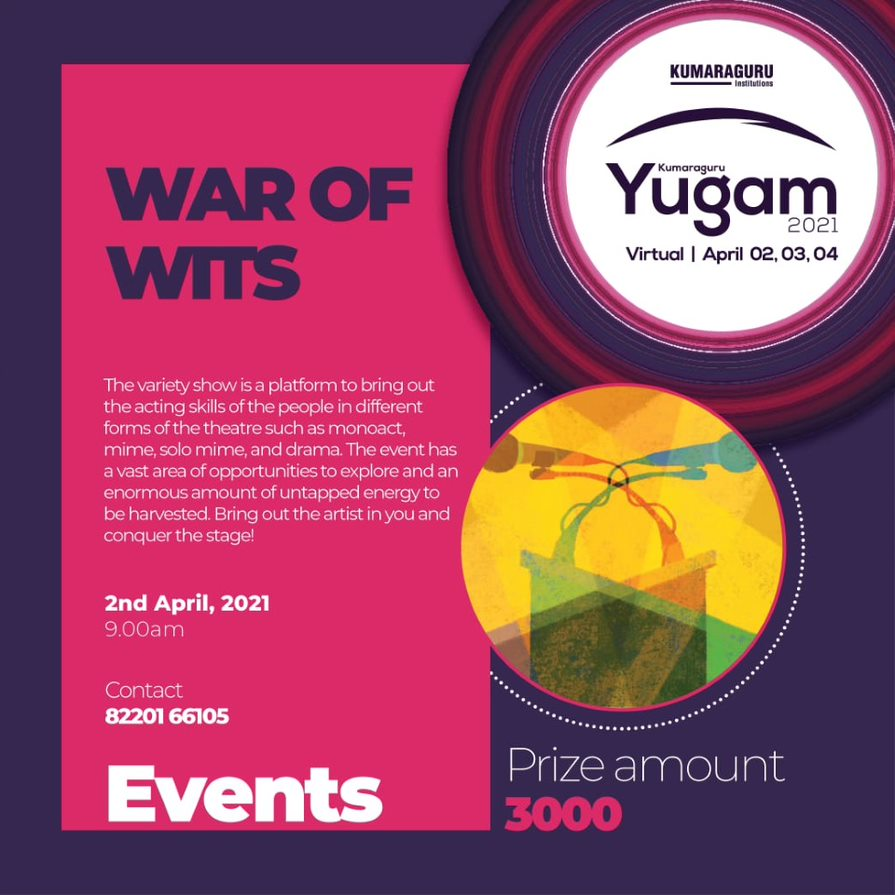