The Qubate Club of Kumaraguru conducted the ‘ Marvel/ DC quiz ‘  on April 29th . Both preliminaries and the final rounds were conducted via MS Teams. The preliminaries had 20 mixed fandom questions and the top 6 teams qualified to the finals. The mode of answer submission was via MS Forms and evaluation was done and results were announced. The final round was a live quiz comprising of four rounds ( Marvel Round, DC Round, Logo Round, Connect ). Each round had a minimum of 6 questions and points were awarded/ deducted according the answers given. Multibuzz online platform was used to allow participants to buzz if they know the answer.

Each round was very exciting for both organizers and participants, as they showed off their knowledge on MCU and DCEU, and intense competition prevailed right from the beginning to the end. The event which had a turnout of 50+ individuals was filled with its fun moments and was an entertaining contest which also relieved everyone a little from their boredom and helped us also connect with people. 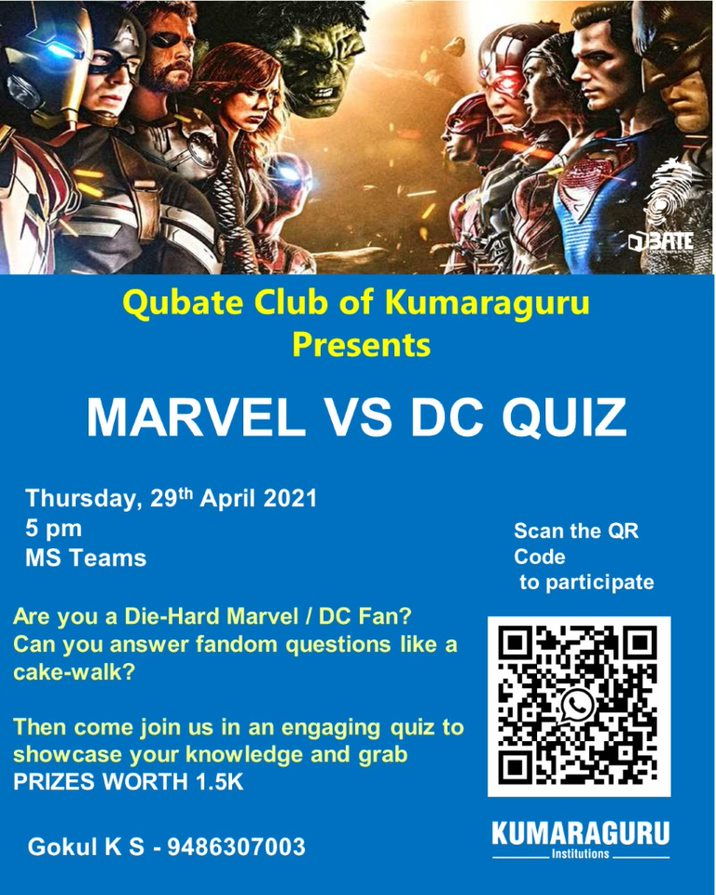